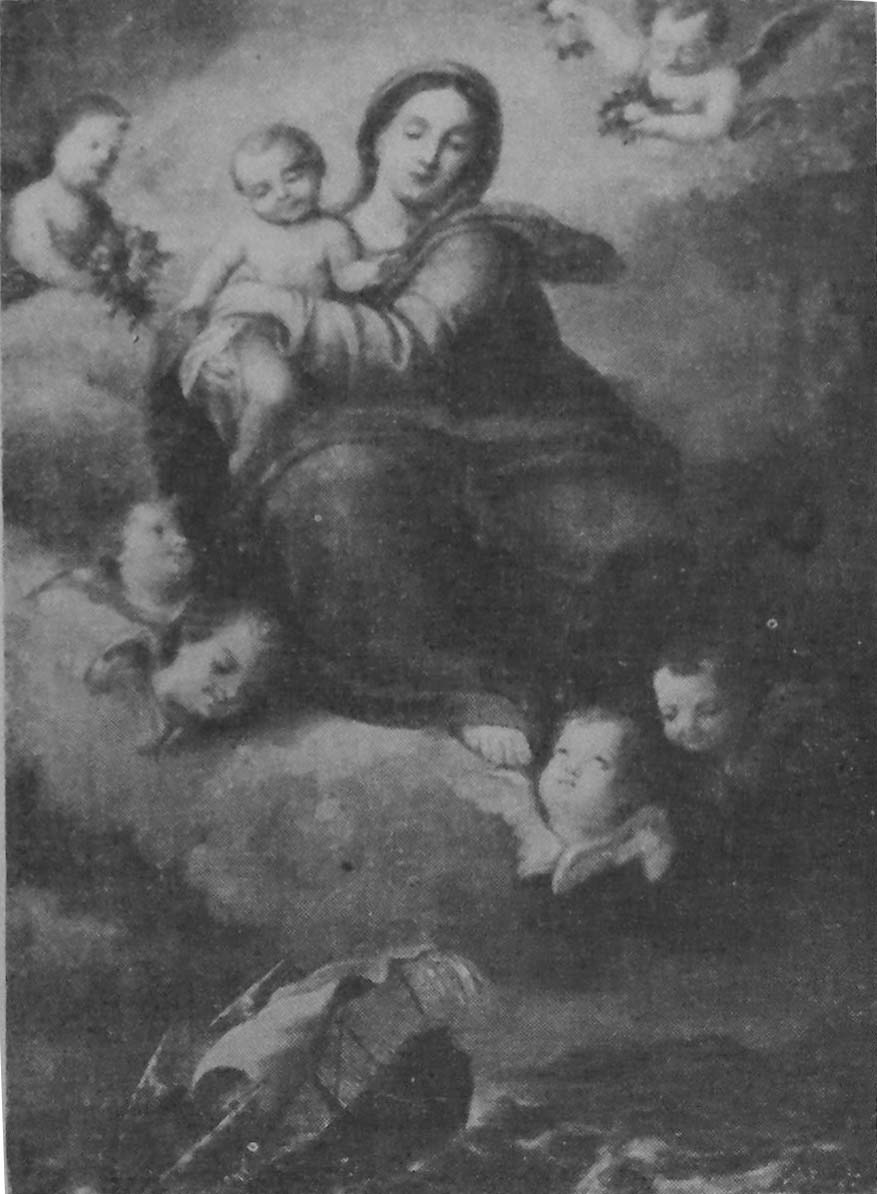 Our Lady of Hope, Mosta


(p.10) The Church of Our Lady of Good Hope is reproduced on the 7c stamp in a set of two issued by the Malta Post Office on 5th July, 1977 in the Europa series. Sales of this 7c stamp amounted to 1,800,662, an exceptionally large number in the commemorative series. (It must be said, for the sake of clarity, that the Malta Europa series sell most in commemorative sets issued by the Malta Post Office owing to their being sought by philatelists all over Europe). It features on the front-cover of Said's Malta Catalogue 1978 alongside a stamp issued by the Sovereign Military Order of Malta and a reproduction of a 1975 25c coin. A version of the popular story connected with this shrine was written and published for the Merlin Library series for children.


Il-Leggenda tal-Madonna ta' l-Isperanza is the title of one of Fr. Guze Delia's legends narrated through the medium of lyrical poetry.


The landscape on the western side of the church has lost some of its original beauty owing to the building of a Pumping Station for potable water over twenty years ago. The fresh stream that used to flow from Tal-Qlejja Valley from the first rains till June6 into Ta' l-Isperanza Valley7 now flows no more. Gone are the days when the cave of Our Lady of Good Hope used to be inundated after a heavy downpour.8 Gone, too, are the verdant slopes and valley bed, through the pleasant verdure survives the other side of the bridge. The environmental set-up needs protecting. Fortunately, the cave is full of plants of different shapes and sizes, well looked after by the present custodian, Mr. Joseph Tonna.9 The whole year round candles burn before the statue depicting Our Lady and the Child Jesus. A statue of the peasant maiden kneeling in prayer and thanksgiving is placed a few feet away from Our Lady's statue.


Two life-size models of the Evangelists St. John and St.Luke can be seen in the cave. The sculpture Sebastiano Spampinato carved two marble statues on these models for the Rotunda presbytery after being commissioned by the then rector of Mosta church, Rev. Angelo Camilleri, who paid costs totalling £14010.


An inscription in Latin on a marble slab in the cave states that the Maltese people call this place in honour of the Virgin Mary, Mother of Holy Hope. It further says that the people of Mosta built the church in 1760 on the exact site where the Mother of God held a maiden in admirable custody from Turkish hands.


We learn from a marble slab in Maltese on one side of the wall  that Bishop Mons. Pietro Pace issued a decree on 23rd June, 1914 by which he conceded a 100 days indulgence to whoever recited a Salve Regina before the statue of Our Lady venerated in this cave. Another episcopal decree of 8th July, 1927, issued by Bishop Mons. Dom Mauro Caruana O.S.B. conceded another 100 days indulgence to whoever said a Holy Father, Hail Mary and Glory be to the Father, before the statue.11


The church of Our Lady of Good Hope recalls to mind the extent in which our forefathers' life was insecure in the days of piracy. Fortunately, by a striking parallel of divine providence, it is a lasting memorial to the hope our rural forefathers placed in God at whose mercy their agricultural produce depended. The community of Mosta was even more committed to hope in divine providence, explicitly epitomised in its motto: Spes alit ruricolam – The farmer lives through hope. It was that same hope in God and the Blessed Virgin Mary, formed through the centuries, that kept the poor peasants of Mosta steadfast in building a colossal church beyond their financial means.


Further details may be obtained from, inter alia, Il-Mosta No.8, p.6; No.14 p.7; and No.18, p.3. A careful reading of the contents of the articles in Nos. 14 and 18 brings out the similarities and contrasts characteristic of legends anywhere, anytime.

Footnotes to the first two parts of this article which appeared in issues 87 and 88, are included hereunder.


The authors thanks the Rev. Arch. Bartolomeo Bezzina and Mr.Joseph Tonna, custodian for kind co-operation and help.